Share
Facebook Twitter Pinterest Reddit Email
For the villager whose German name is Olivia, see Deena. For Italian, see Olive.
Olivia is a bigheaded cat villager in the Animal Crossing series who appears in every game to date. In New Horizons, Olivia has the music hobby and may sing anywhere without the need of a stereo .

Olivia is a white thai vomit with no visible nose. She has a beauty mark on her left impudence, large eyes with lavender purple center liner, and eyelashes that appear to have mascara. Her sclera is yellow with sparse, black pupils. Olivia ‘s fur is bone white, and her ears are rouge with light pink insides. She besides has a burgundy-tipped tail, paw, and feet.

Below is a brief description of the snooty personality. For more information, click here. Olivia is snooty, which means she is bigheaded and cold, but she may warm up the longer the player gets to know her, although she sometimes spaces off and will not even notice the player is there. She can be brash and uncivil, but she seems to surprise people at times. She is normally obsessed with furniture and clothes, and her house will have enough of white furnishings from the Regal Series. She will sometimes ask the musician to get some for her. As many bigheaded villagers, she loves Gracie Outfits. Oftentimes she will ask the actor to comment on her makeup. Olivia besides frequently gossips about other villagers .

You’re the best kind of friend because you make me look even prettier.

In Animal Crossing: New Horizons – Happy Home Paradise, if Eloise lives in the player ‘s town but Olivia does not, then Olivia will be the first node. however, if Olivia besides lives there, then the first node will be a particular bigheaded villager who does not live in the player ‘s township, in this priority order : Julia, Willow, Friga, Blanche, Cleo, Vivian, Purrl, Bree, Blaire, or Tasha .
Happy Home Paradise client information 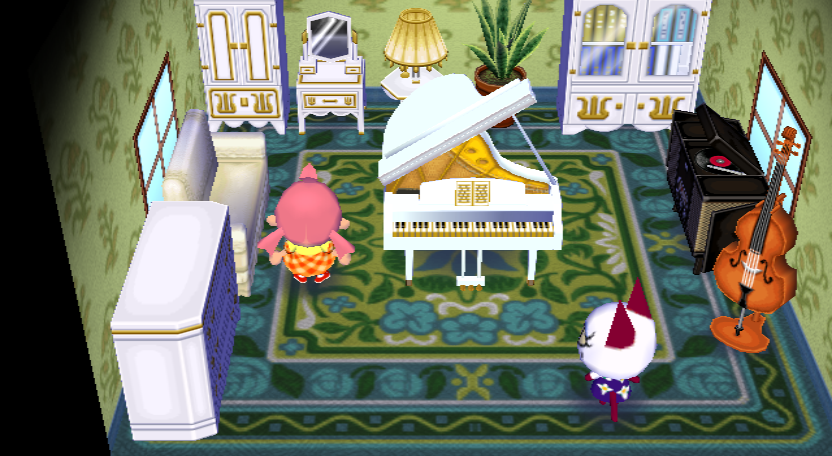 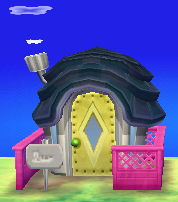 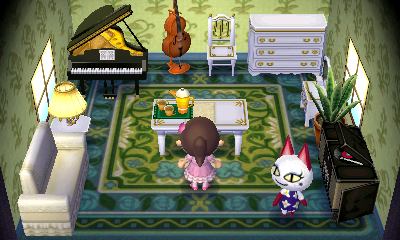 “Here I am, and not a moment too soon! Ready to liven things up, purrr?“
— Introduction from character announcement, Animal Crossing: Pocket Camp